The following morning we sailed all day and arrived into our first bay Cala Racos des Mares on Formentera in the evening and got settled. At 1:22 in the morning a thunder and lightening storm hit. Shaun and I both woke up at the same time hearing heavy wind in our rigging and the first splatters of rain. We promptly got up shook the sleep from our bodies, closed all of the hatches and put on our foul weather gear. Shaun put on all of the navigation instruments as we were hearing the wind pick up. As it increased Shaun started the engines in case we had to make a quick exit. We ended up staying/sleeping in the cockpit and waiting it out until the wee hours of the morning when we weighed anchor and headed around to the other side of the island to a much nicer bay Cala Saona with lovely clear aquamarine water. We had been told about this bay from our friends on s/v Nawii. It did not disappoint! If you ever you have a chance to visit Formentera it is a must see bay!


The water was a great temperature and the girls enjoyed the plethora of fish. At one point we had at least 20 large needle fish off of our stern. It was heaven.

We hung out and swam. On our second day we decided to swim to the beach and let the girls play while we had a drink at the quaint beach bar overlooking the beach. On our third day a couple of hours before we were scheduled to depart for Cartegena our good friends on s/v Nawii dropped their anchor. Once they were settled they paddled over in their kayak while their son Max swam over to say hello. During the visit Paige and Jordan enjoyed swimming with Max. In fact after they left Jordan came to me and said "I'm going to miss Max, he's a really good friend". It was funny as she had spent about an hour with him. 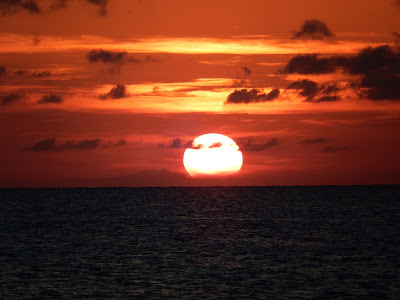 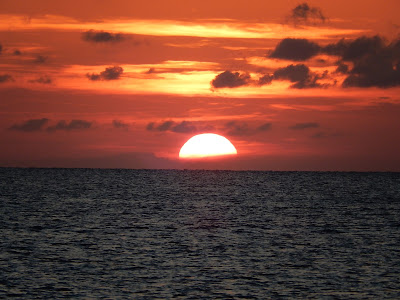 We left Formetera at 8:00 PM after a quick drive by to say farewell to Nawii and headed towards Cartegena. It took us approximately 21 hours. The winds were force 2 so we had to motor the majority of the trip.

As we were approaching the marina we noticed a large British Naval Special Forces Operations carrier. It was really neat to see. It sure would have been cool to tour it.

We arrived into the Yacht Club Cartegena at 5:00 PM and the wind was blowing us onto the dock. Paige and I didn’t have a roaming fender ready and the port hull bounced and scraped 3 times before we got it under control. We were so upset as we had just spent a small fortune to have her hulls polished.

A German fellow was kind enough to help fend us off after we had hit. He also helped us get tied up and secure. We later met him and his wife another day and found out that they have a 15 year old son and have been cruising for 7 + years. It was a pleasure  to speak with them.

The following day we took the girls on a school outing to the Cartegena Underwater Archaeological museum. It was a hit as there was some interactive items that kept Jordan's attention as well as Paige's. We learned how underwater vacuums worked, how treasures were brought to the surface, that the colour yellow is the most visible colour that divers use and how scientists find out what items were found and from what period of time they came from. It was also great to learn about the early shipping trade routes of the Phoenicians. In the museum there was a rare and well preserved Phoenician ship with all of its cargo in tact. All of this for a total of 6 euros because Shaun and I are classified as teachers and the girls were free. 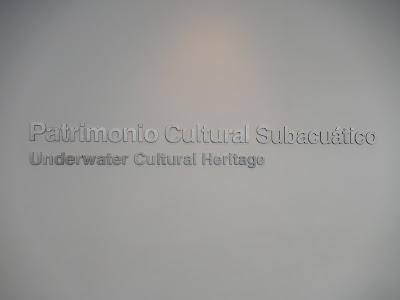 The following morning our good friends on s/v Maple arrived earlier than we had expected. We weren't sure we would get a chance to see them so soon. As they were docking their youngest Iris yelled out to Jordan "Look Jordan, I got new shorts!". It was priceless. Jordan was so happy to see Iris and her sister Ella. They played at our boat the whole day into the evening. While the girls played Janet offered us coffee and a chat. Later that day s/v Nawii arrived and we had another mini Finike cruisers reunion. It was so much better than when we were all on the hard in Palma de Mallorca.

Sandra and Jeff (s/v Nawii) invited all of us over the following night for a BBQ as their son and daughter in-law were leaving back to Australia the following morning. We all brought over something to grill and to share. While we were having a beverage in the late afternoon Shaun took all of the girls to the Nautical museum.

We spent the evening with good food and great friends. Our new German friends made it by for a beverage as well. We had to make it an early night knowing we had an overnight sail to Marbella. 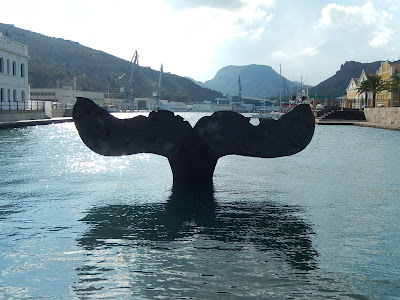 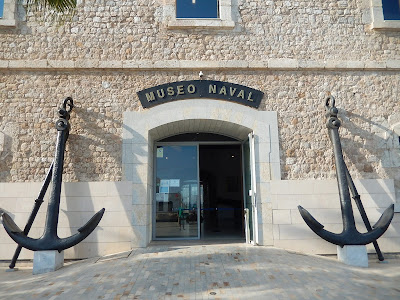 We were up early prepping the boat and saying farewell to our friends. Jordan was especially sad as she really was going to miss Iris and Ella. We had a feeling we wouldn't be seeing them until the Caribbean.

We left the harbour and within a couple of hours decided to sort out our spinnaker from our first attempt that went horribly wrong. We are so glad that we did.

We brought the sail bag into the cockpit and got it back into its sock and prepped it to deploy. The winds were from behind and were light. It deployed without a hitch and we sailed for 17 hours through the day and overnight. It was one of our best sails ever up to that point.

During our sail we had so many dolphins grace us with their presence. I finally was able to take photos. Seeing them play at the bow will never get old. 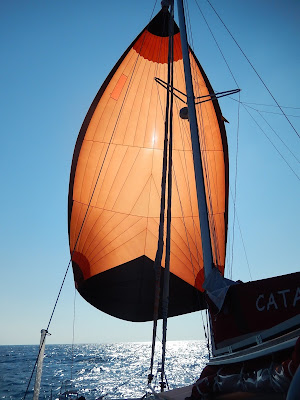 It was such a glorious sail and will stay with me forever.

Once we reached Marbella we attempted to contact our first choice in marinas to be turned away as there was no space. We turned around and headed down the way to the next marina and were able to get a spot. With no one answering the radio we had read in the pilot guide to tie up at a quay and await instructions. As soon as we tied up we were approached and directed to our berth.

I was at the bow waiting for instructions to release and thought that I heard Shaun say release. I released my line and let him know, unfortunately his instructions were not for me. He lost control of the bow and we started to drift backwards. We had no time to get a fender ready and again scraped our port bow. You would think that we would have learned, apparently not. This one was harder to shake off.

Marbella is a nice city and where we moored was not far from the touristy area. It took us a couple of days and a little adventure to realise this. Shaun had read about a really cool Moorish mountain village Rhonda that had an amazing bridge. We wanted to rent a car so Shaun and I walked down to the gas station to find out where we could rent a car. The attendant explained that we needed to take a taxi so w waited. It turned into quite the adventure as we had to drive 15 minutes to the nearest Sixt rental car company (20 euros later). The lady behind the desk explained that they didn't have many cars available as they were changing over their fleet. The only vehicle they had was a BMW SUV for the bargain price of 286 euros. We politely turned her down and waited for another taxi to return to the port. We asked the driver to take us back to the Marbella port and off we went. As we were going Shaun and I soon realised that he was taking us to the wrong port. We sorted it out and were dropped back at the correct one. This is how we found out that we were very close to the busier part of town. Needless to say we never made it to the Moorish village.

Later that day we took the girls for a walk to the busier part of town and sat at a tapas bar while Jordan played at a park on the beach and we had a beverage.

On one of the days we were at the marina Jordan was out playing on the dock. She soon ran back SUPER excited and proud of herself saying "I've done it! Paige, I found you a friend. He is 11 and plays Minecraft." She promptly brought him aboard. His name is Enzo and is from California. Him and his family just started out an a year long cruising adventure aboard their catamaran Shift (svshift.com/blog). I headed over to introduce myself to his parents Sophie and Andreas. Later that evening we had drinks and chatted about their plans and where we had been along with some of our favourite spots.

The following morning we quickly went to the Il Court Englise outlet shop to pick up some sheets for crew while they are with us. Once we had these stowed we prepped the boat and left Marbella heading for "The Rock" aka Gibraltar.