We arrived into the flats anchorage to be measured for our upcoming Panama Canal transit. This is not the nicest anchorage due to the role from all the passing ships entering and exiting the canal. The following day our measuring fellow arrived on a pilot boat (disconcerting to have a large power vessel aiming directly at you going full tilt). The exchange went perfectly, and a couple of hours later we were measured up for our canal transit on February 5. 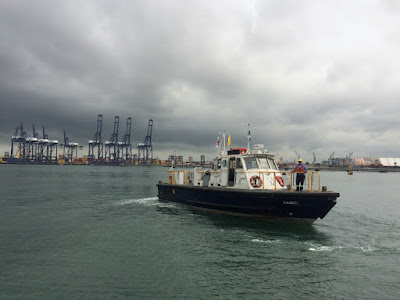 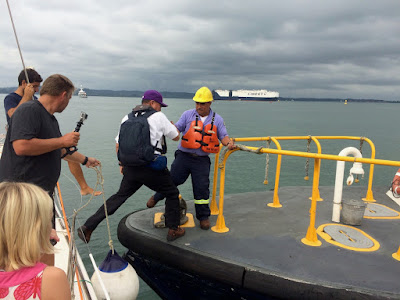 We decided to weigh anchor and head to another anchorage closer to the city for easy access to provisions (until we saw the “anchorage”). It was terrible, zero space between derelict vessels and rock…… Off we went earlier than expected to Shelter Bay Marina (we had a haul out date of Jan. 23, my birthday) to be more comfortable. The early arrival to the marina allowed us to get a jump start on the provisioning as well as laundry. We decided that we would provision some items for up to 6 months due to costs (feminine hygiene for instance is expensive) in the South Pacific. We spent a fortune up front to save us money, while in crazy expensive places. We also stocked up with a little bit of alcohol: 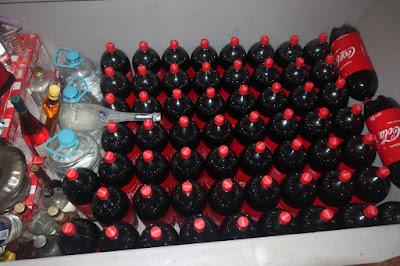 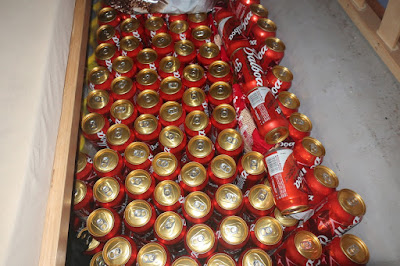 When we arrived into Shelter Bay Marina, there were so many familiar faces including Windancer IV, Counting Stars, and Blue Zulu. Luckily, there were tons of kid boats, a pool and activities. Shelter Bay has a great cruising community with tons of activities (morning net (channel 77), yoga, nature walks, karaoke, open mic night, boat jumbles, Sunday evening BBQ etc.). It reminded me of Finike, Turkey where we wintered for 8 months in 2015/2016. The only downfall was that it is hell and gone from Colon, and a bus ride is required. The bus is infested with cockroaches that crawl everywhere, including in my hair. I resorted to bringing spray with me, much to the chagrin of fellow passengers. There was no way I was having them crawl all over me.

There are two routes into Colon, one very close to the canal where you can see the lock doors up close (my favourite), and the other is a small ferry boat across the shipping channel (boring, LOL).

During our time at the marina, Shaun was able to contact an agent in the Galapagos to arrange for our autographo. An autographo allows vessels to visit 3 islands during a 60 day period. There is a minimum 3 week waiting period needed if you are wanting a 3 island stop.

During our time in Shelter Bay we also had a haul out. Our haul-out day arrived, and we got out of the water without any instances. Being lifted out is always stressful as it is unnatural to have a boat on land. It was hard work, and took the full 7 days we had forecasted. We sanded, anti fouled, polished stainless, and reorganized to make space for provisions. It was exhausting, but needed. After we splashed back in the water we took a trip by train (Panama Canal Railway) to Panama City for a well deserved break….. this was a highlight for me. We stayed at the Occidental Hotel. Panama City is a lovely city with an excellent metro and bus system. They also have incredible malls (Albrook is humongous and sucks you in like a casino). There are no windows and you can get lost. The only difference from a casino is that there is no oxygen being pumped in. Panama City has a huge American influence, the city is very modern, clean, and the people are super friendly. Sadly, on the outskirts of the city the Panamanian government have not kept up with maintenance of roads or American army bases, leaving them potholed and the buildings in ruins and rotting waiting for the jungle to claim them. During our visit to the city we also made a trip out to the rainforest for a walk and in the evening we caught up with Kendall and Brian in the old town for some beverages. 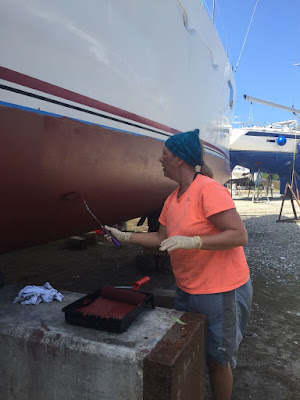 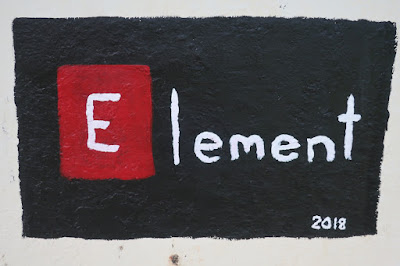 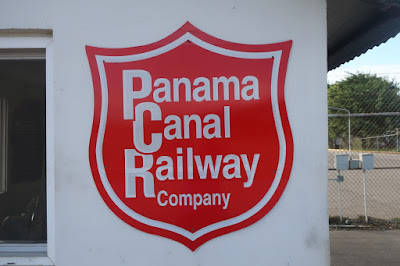 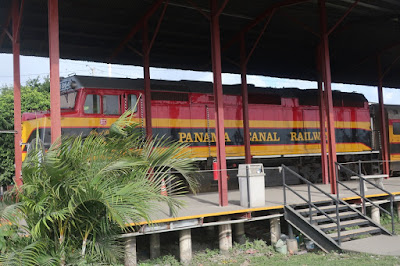 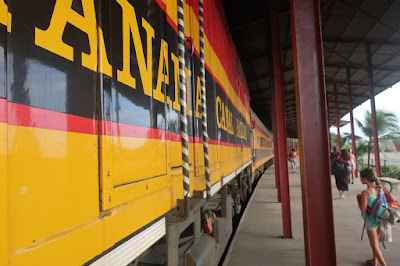 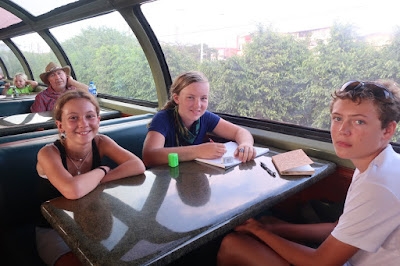 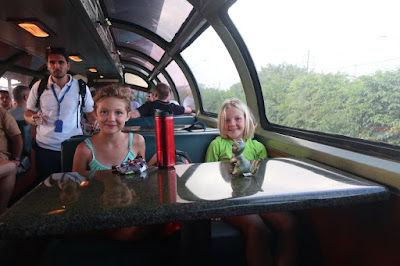 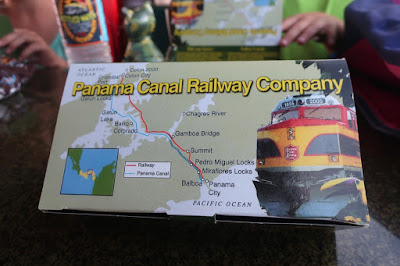 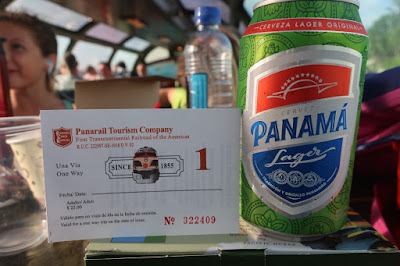 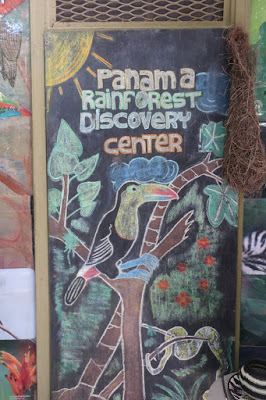 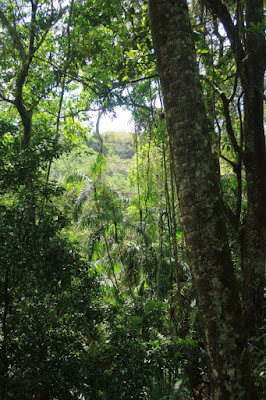 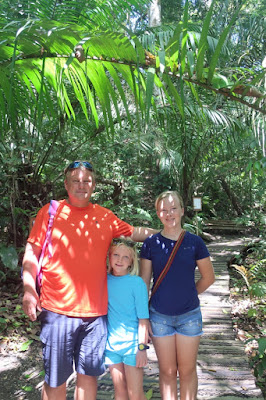 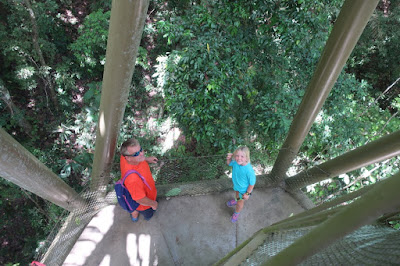 Upon our return to the marina, Shaun organized our lines and tires for the transit (Tito was our contact). We were also short one line handler so, our friends Benny and Price of s/v Panache agreed to join us. The night before our transit date Shaun called to find out our pilot agent's time of arrival for the next day and was advised that someone would be arriving at 3:00 PM. The following day we were preparing the last minute items and at 1:00 PM or so departed Shelter Bay Marina. During the radio transmission requesting permission to cross a shipping lane we were informed from Saint Cristobal station that we had been bumped to 6:30 PM. The pilot arrived on time but, we were bumped again until 7:30 pm and had to transit the Gatun Locks at night. We were rafted with 2 other mono hulls with Element being the centre therefore, the engines for them all. Shaun did a fantastic job managing and safely negotiated us into the Gatun Locks. Thankfully, the locks are lit up like a Christmas tree. As Element was the centre boat and essentially having two boats as fenders, we did not have to line handle during the up locks. We did however, have to deal with sloth like reflexes from the fellows on the boat to our port side due to the fact they were stoned. Other than that our first three locks went smooth. We were paired with a large ship that was in front of us. It was quite the experience seeing the train cars (mules) help the ship into the locks. We enjoyed watching the giant doors shutting and seeing the water level creep up lifting the huge ship along with our convoy.

We made it safely to the Gatun Lake, released the boats and made our way to tie up to one of the floating buoys. Shaun manoeuvred us close enough to have Manuel hop onto the buoy. We tied up without a hitch, waited for the agent to be picked up and spent a lovely night in Gatun Lake. The next morning we received our new agent on time and we started the long passage through Gatun Lake. It took us 8 hours as the lake is huge. Our agent pushed us to go 8 knots to make sure we would complete the passage in a reasonable amount of time. It was quite a site to see the Pacific Ocean, for me it felt like coming home because our family used to live in the Pacific Northwest near the Pacific Ocean. Upon our arrival at the first down flowing locks, the Pedro Miguel lock we were paired up with one of the two monohulls from the previous night (the non sloth like boat thankfully). This time we had to line handle so Benny was our port bow line, Naddia our starboard bow, Manuel our port stern and Price our starboard stern. We went in first and were followed by a large freighter. On the down locks the smaller vessel is in front due to the turbulence created by the outflow of water and also making certain to be far away from the propellers of the ships that create a lot of water disturbance. On either side of the walls are line handlers that walk along with the small boats. They are the people that toss a small diameter line over with a monkey fist (we directed these to the trampoline to avoid anything being broken). We then had to bowline our lines on and these guys haul them up and secure them to the canal cleats. The line handlers on Element then had to slowly let line out as we descended one step closer to the Pacific.
We left one ocean rose 26.5 KM above sea level to be lowered into another ocean. An 80 KM trip that used to be 7,800 miles, saving us countless weeks at sea. Once we were through the last lock we motored the final leg passing under the Bridge of the Americas to the anchorage where we would finalize our provisions/site-see before departing for the Galapagos. 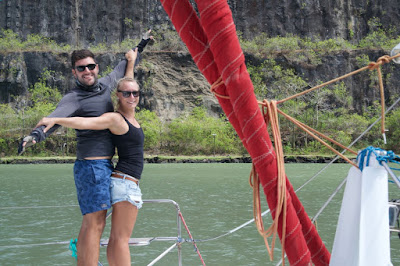 We made the 80 km distance, saving us weeks at sea and thousands of miles. Seeing the Pacific ocean was an emotional experience for me. It felt like we were coming home in a way because when we were living on land, we lived in the Pacific North West very close to the Pacific ocean.