The girls and I headed to the market for our usual produce restock, on our way we walked along the beach front and took photos of the "orange" structures before the parade and throngs of people. We also caught a glimpse of the "orange" floats that were being readied at the stadium for the parade later in the day.

We arrived back to the boat when Sude (our Turkish friend) approached us to see if we are going to the festival. She and her friend invited us to attend the festivities with them. Off we went again speaking in broken Turkish and English. We ended up on the main street near the market (along with a ton of other people).

One of the marina dogs "Little" followed us and was a bit traumatised with the throngs of people and the loud noises so Paige was a little pre-occupied. The parade started 40 minutes late which worked out perfectly for us as we got great seats along the route. There were marching bands, farm equipment, dancers, silk scarfs being handed out and fresh oranges being tossed. Paige accidentally got hit in the head by the oranges but the flavour and juiciness made up for it as these were some of the best tasting oranges we have eaten.

Sude introduced us to several of her teachers along the way. We also ran into one of Paige's volleyball teammates Isinsu. She tagged along with us for the rest of the day. After the parade passed us we followed along behind it to the waterfront. It was chaotic to say the least. Once we had our fill we said goodbye to Sude and her friend and headed back to the marina for some quiet time.

We had good intentions of returning for the evening festivities but were so tired that we didn't go back. 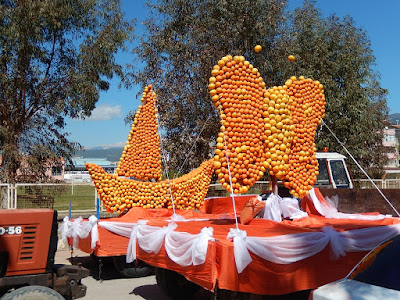 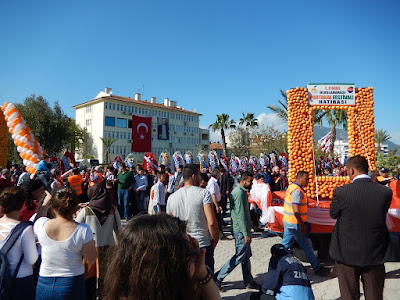 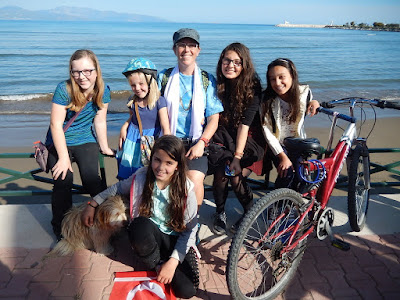 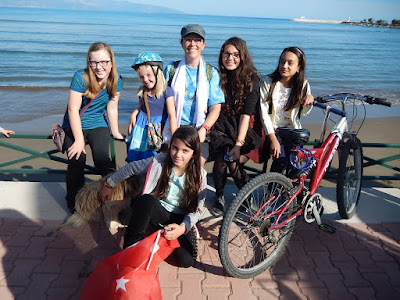 I have had several people ask about our safety while living in Turkey.

Life here has been full of wonderful people. When we first arrived in September, 2015 we were stared at a lot being foreigners in a truly Turkish community with little to know tourism. As time has passed we have been welcomed whole heartedly into schools, homes and the community.  From being served tea at the pharmacy to being offered tea at the local hardware shop. We have been treated with the utmost respect and with open arms. It will be hard to leave this wonderful part of Turkey.

The locals here live simply. It is an agricultural area and has some of the best produce I have encountered. Our meals are so full of wonderful fresh food.

It saddens me to hear of the unrest that this country is dealing with in other areas and that is spreading to other parts of the world.

It is so full of history from the Lycians, Romans and Ottomans. We just can't see it all. The weather has been nothing short of spectacular and the cost of living extremely reasonable.

We spent St. Patrick's day in Finike celebrating with our cruising community. Our friends on s/v Elusive are Irish and spearheaded the potluck celebration.

Joan and Greg decorated the porthole. The food was provided by all of the live-a-boards and friends. We had the biggest turn out yet. The food ranged from Guinness and beef stew, minestrone soup to pizza and was amazing yet again. Our little community sure can put on a spread. 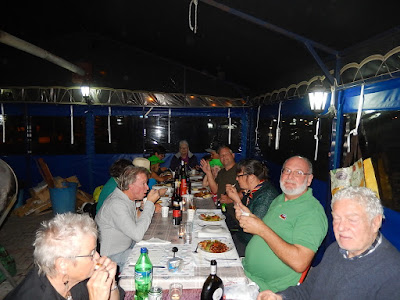 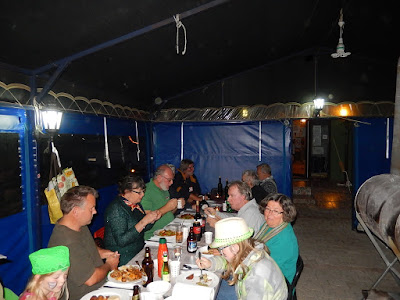 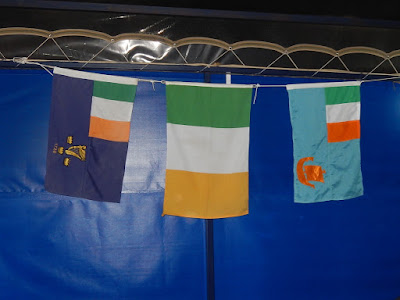 Posted by Sherrie's Cruising Blog at 1:03 PM No comments: